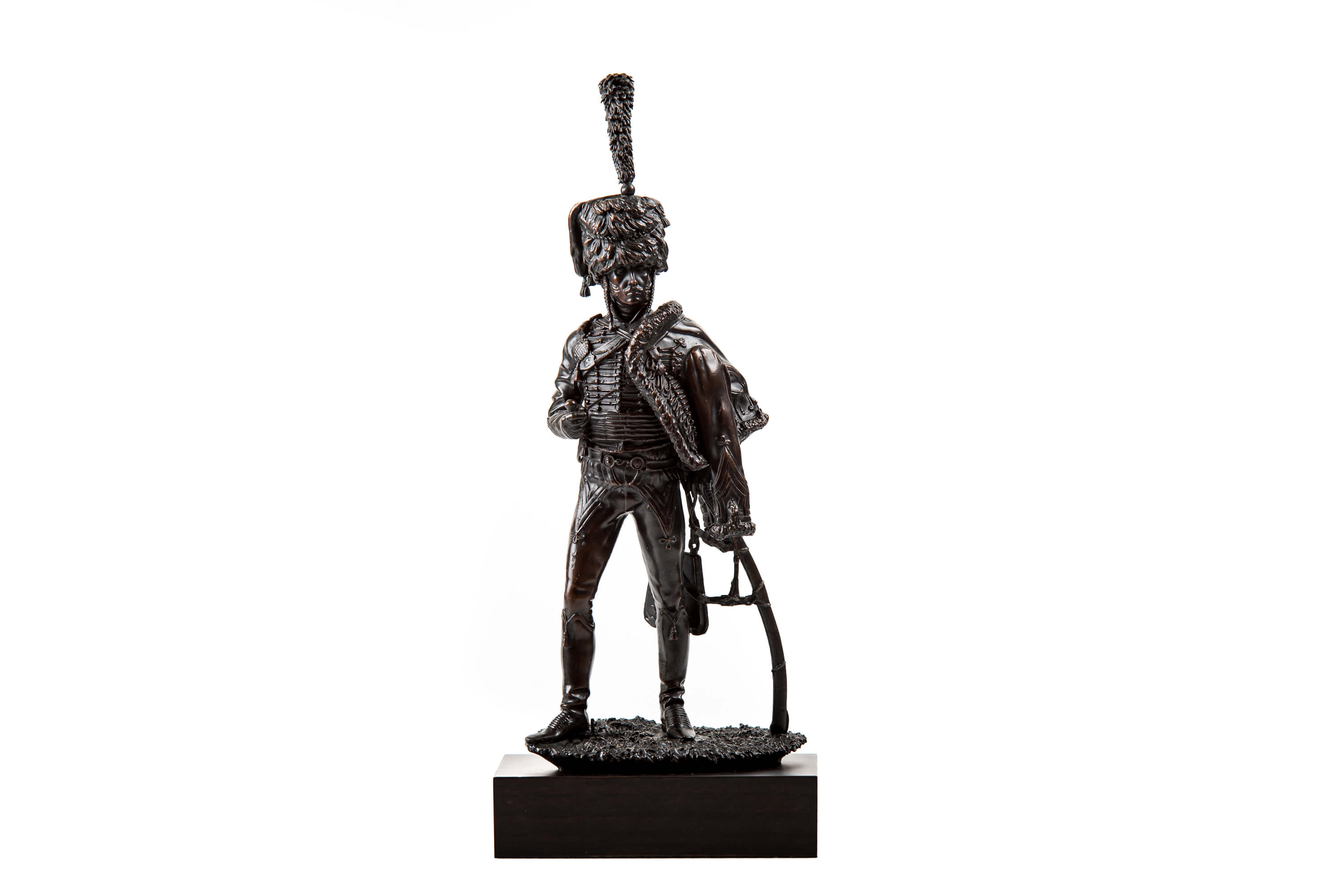 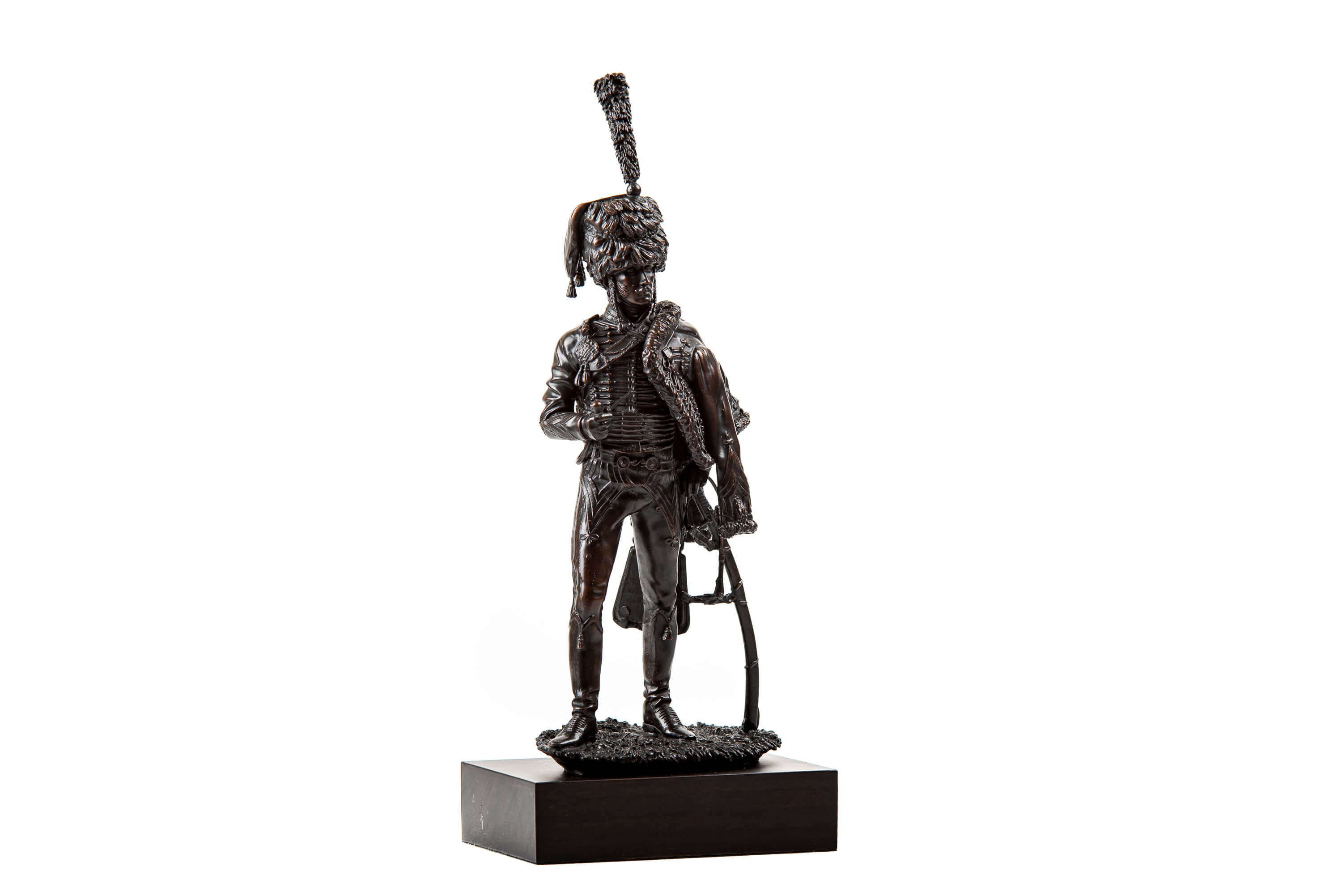 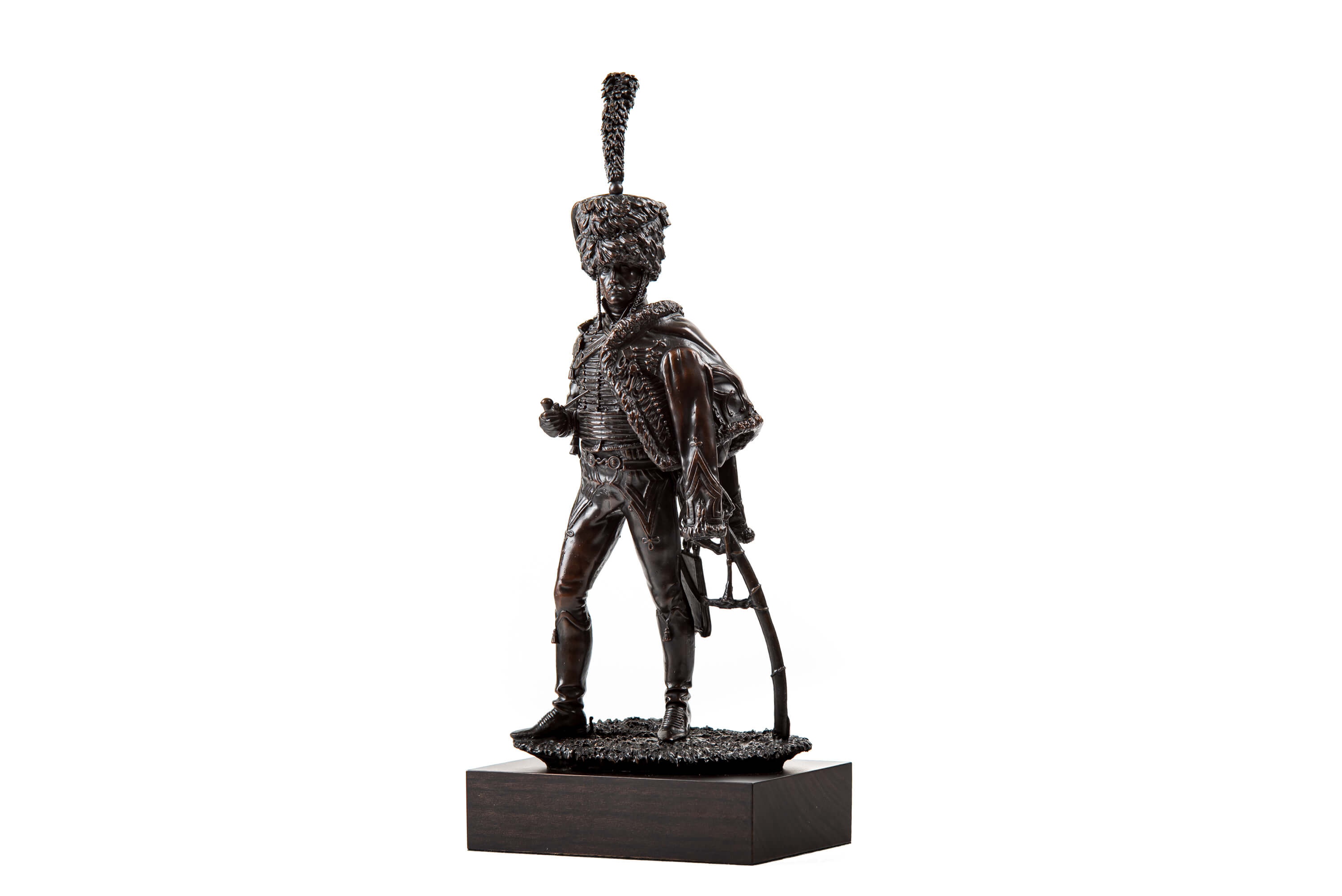 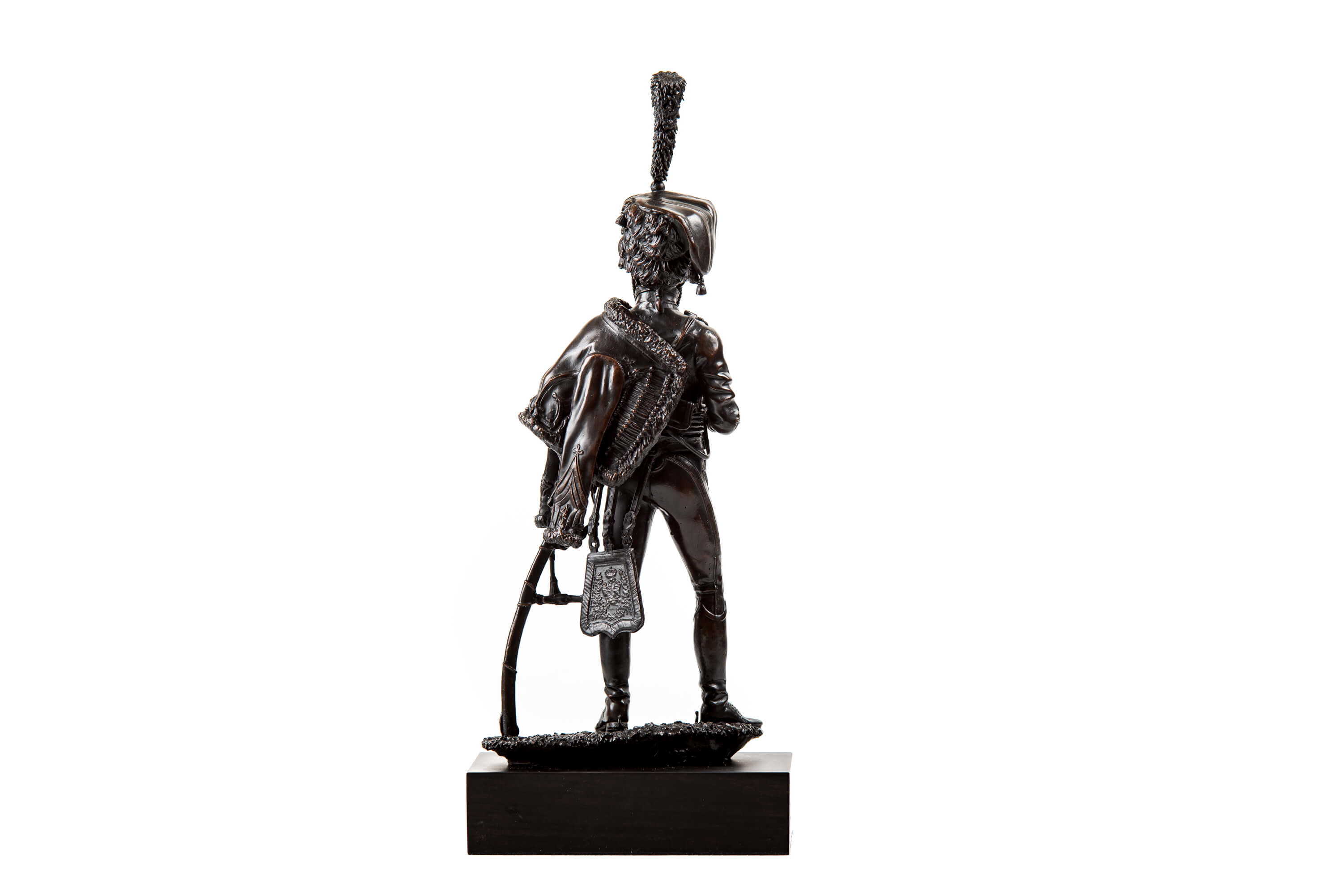 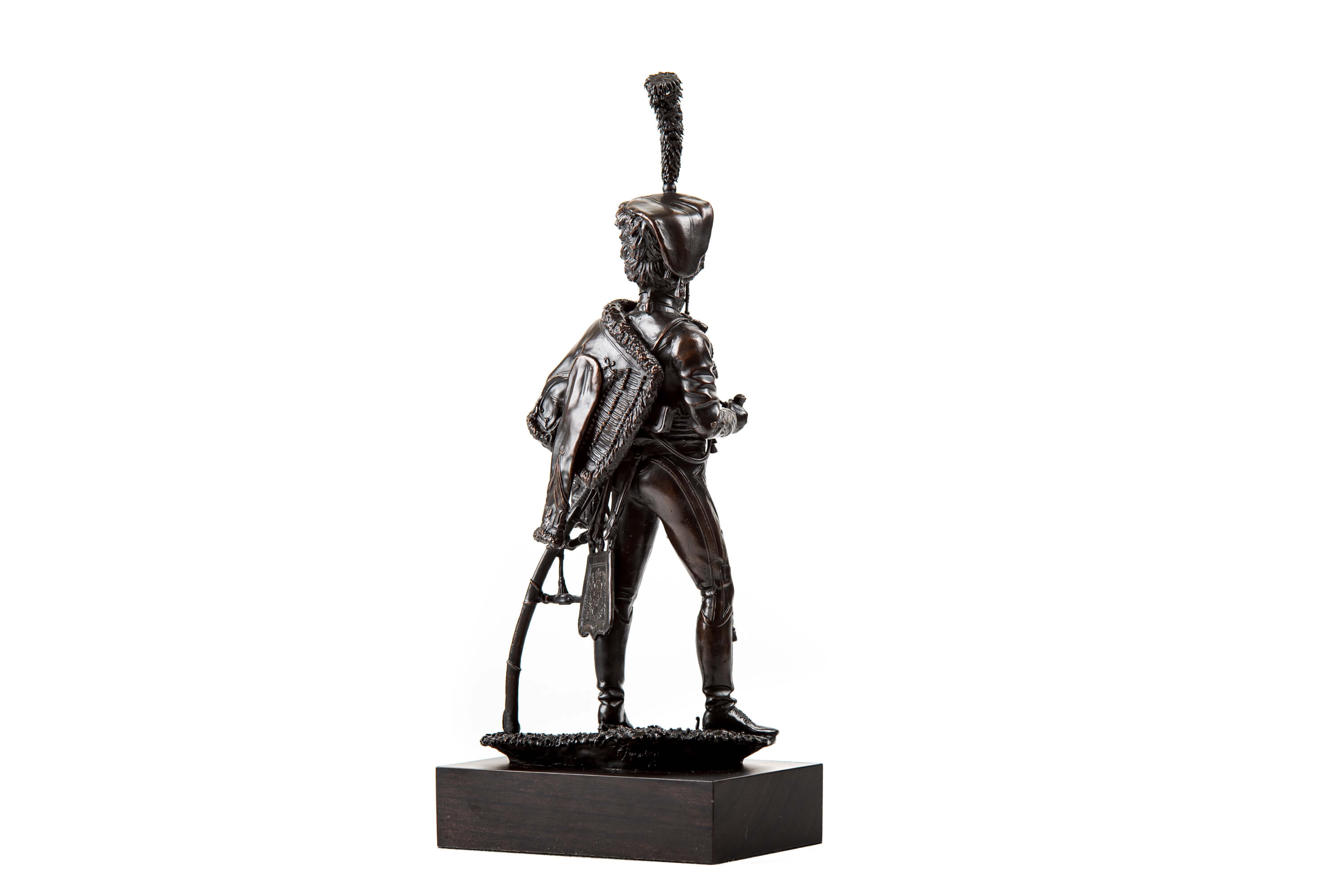 By closely following a Detaille's illustration of a French captain of Hussars in 1805, this outstanding work by Fernando Andrea fully captures the extraordinary regalia and panache of the legendary light cavalry troops that rode during the Napoleonic wars.

Originally a Hungarian cavalry force which history goes back to the 15th century, hussar regiments were gradually and extensively introduced in most European armies by the middle of the 18th; reaching the peak of its glorious career at the time of Frederick the Great and later with Napoleon.

These dashing cavaliers sported their flamboyant uniforms in many battles, riding spirited steeds and setting an indelible example of bravery and loyalty in the course of so many Napoleonic battles resounding still today in the collective imagination: Marengo (1800), Austerlitz (1805), Jena (1806), Borodino (1812)... Or Waterloo (1815).

In fact, their dress was so successful, that many bodies of volunteers, raised during the first days of the Republic, wore Hussar-style uniforms immediately recognizable by their bear fur colbacks; the dolman and pelisse decorated with tresses; the breeches and boots 'a la Hongroise' or the lethal curved blades of their sabres.