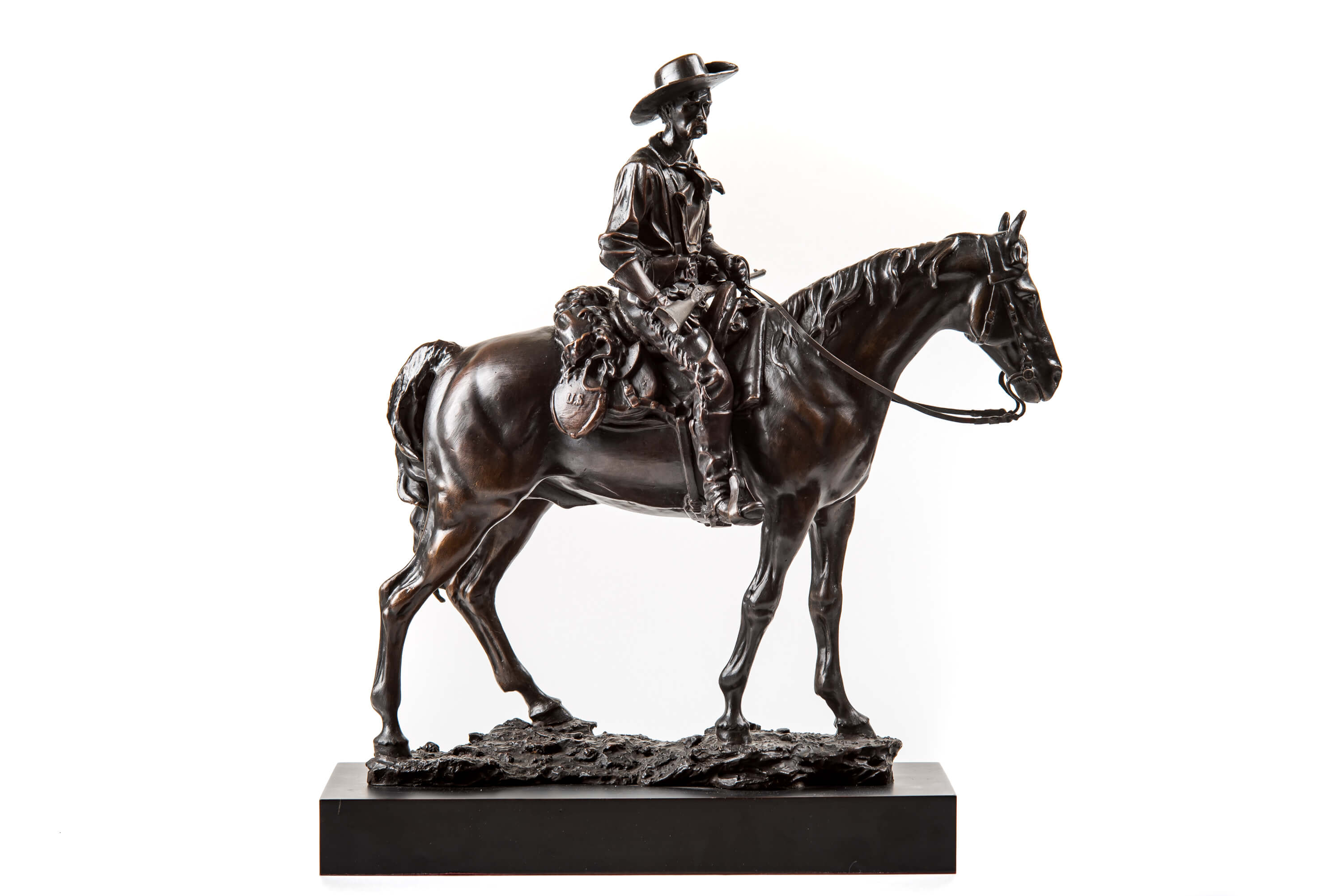 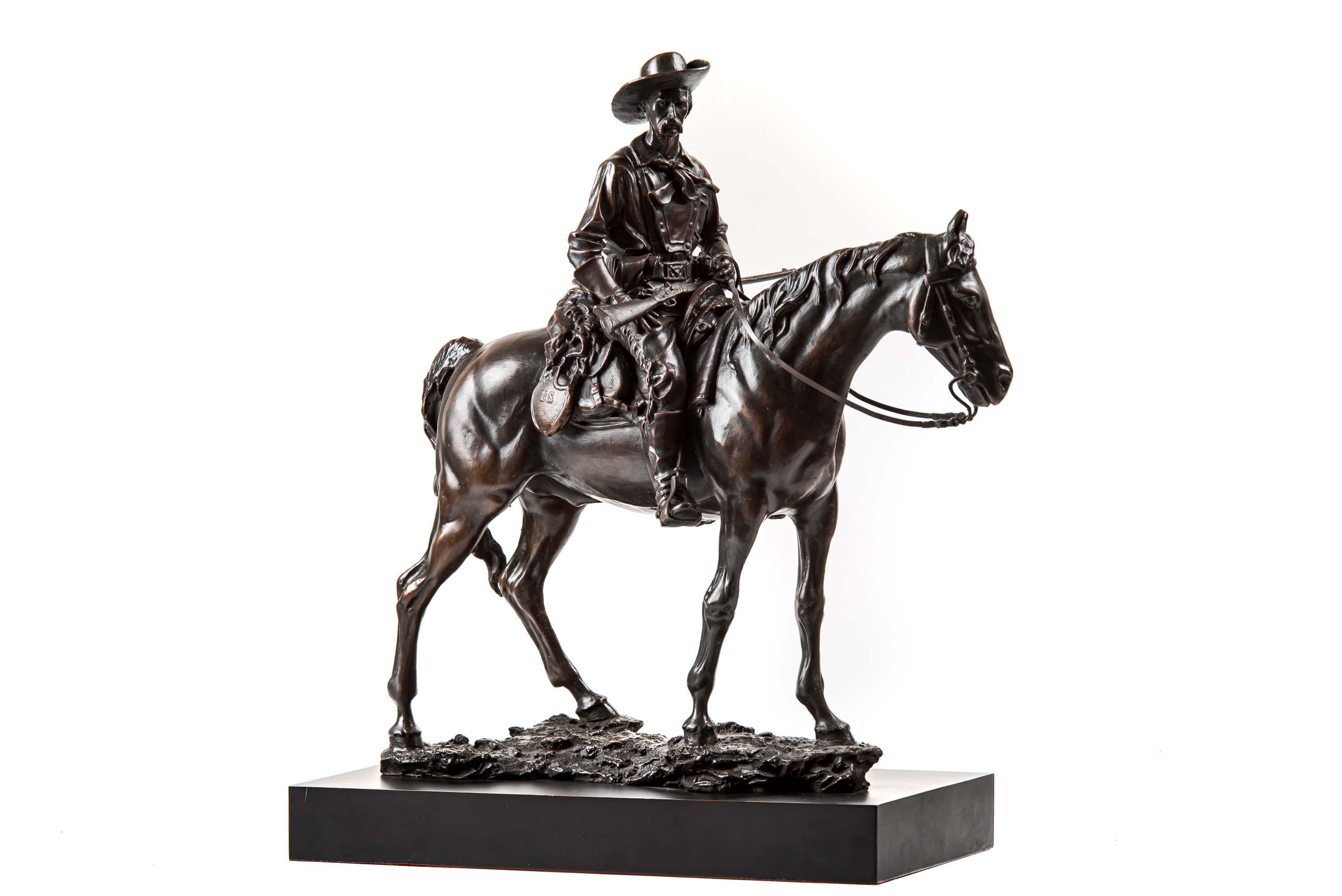 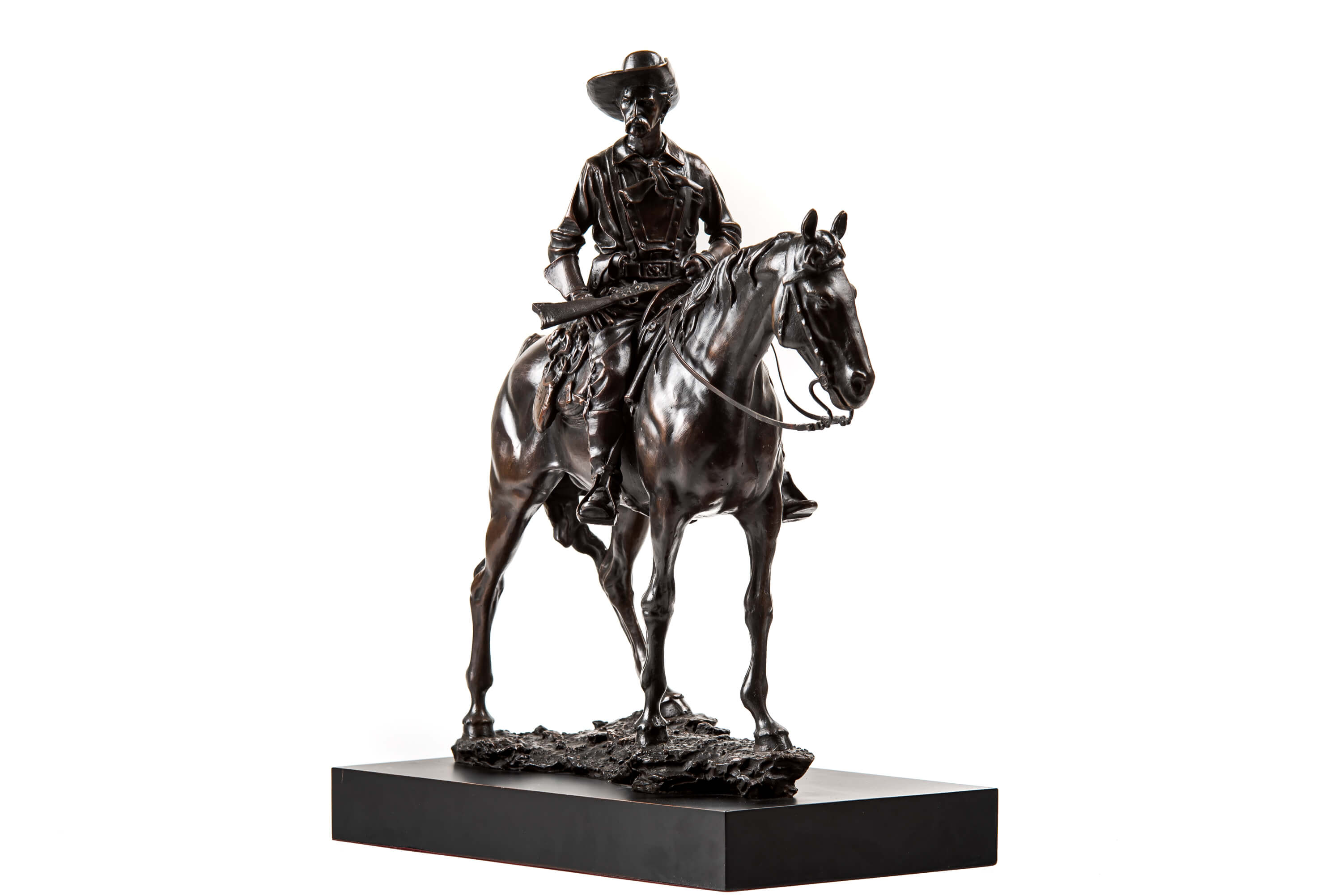 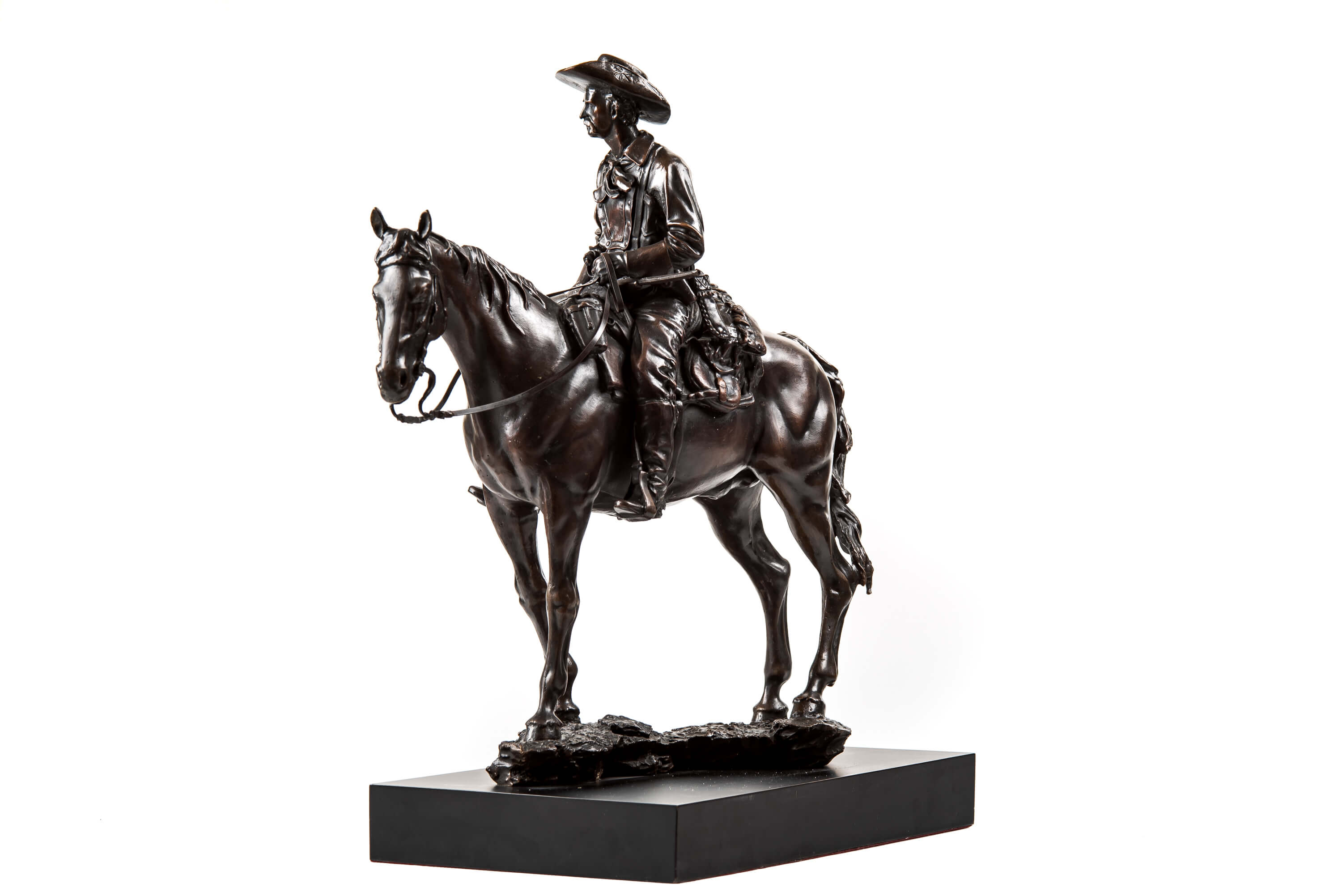 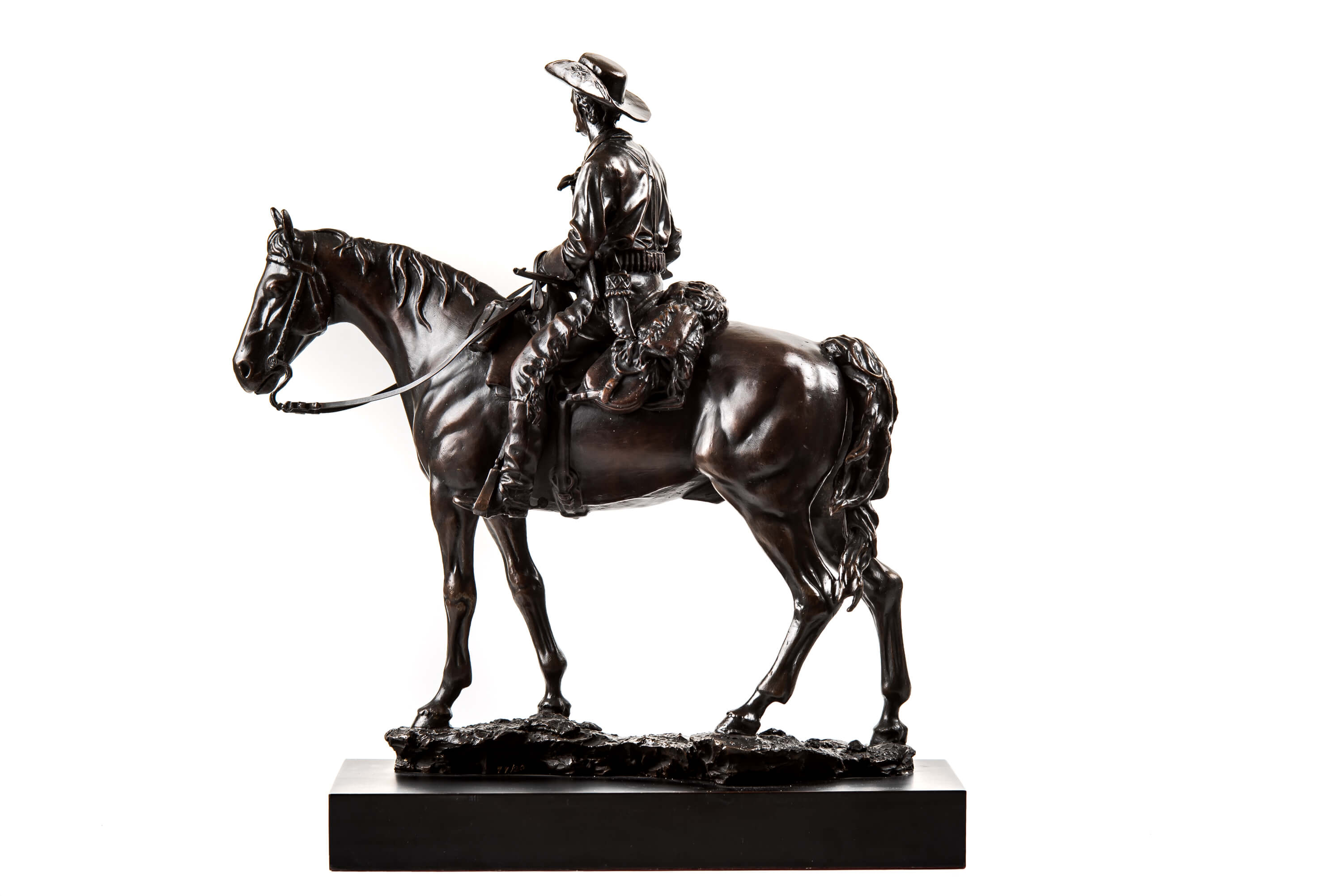 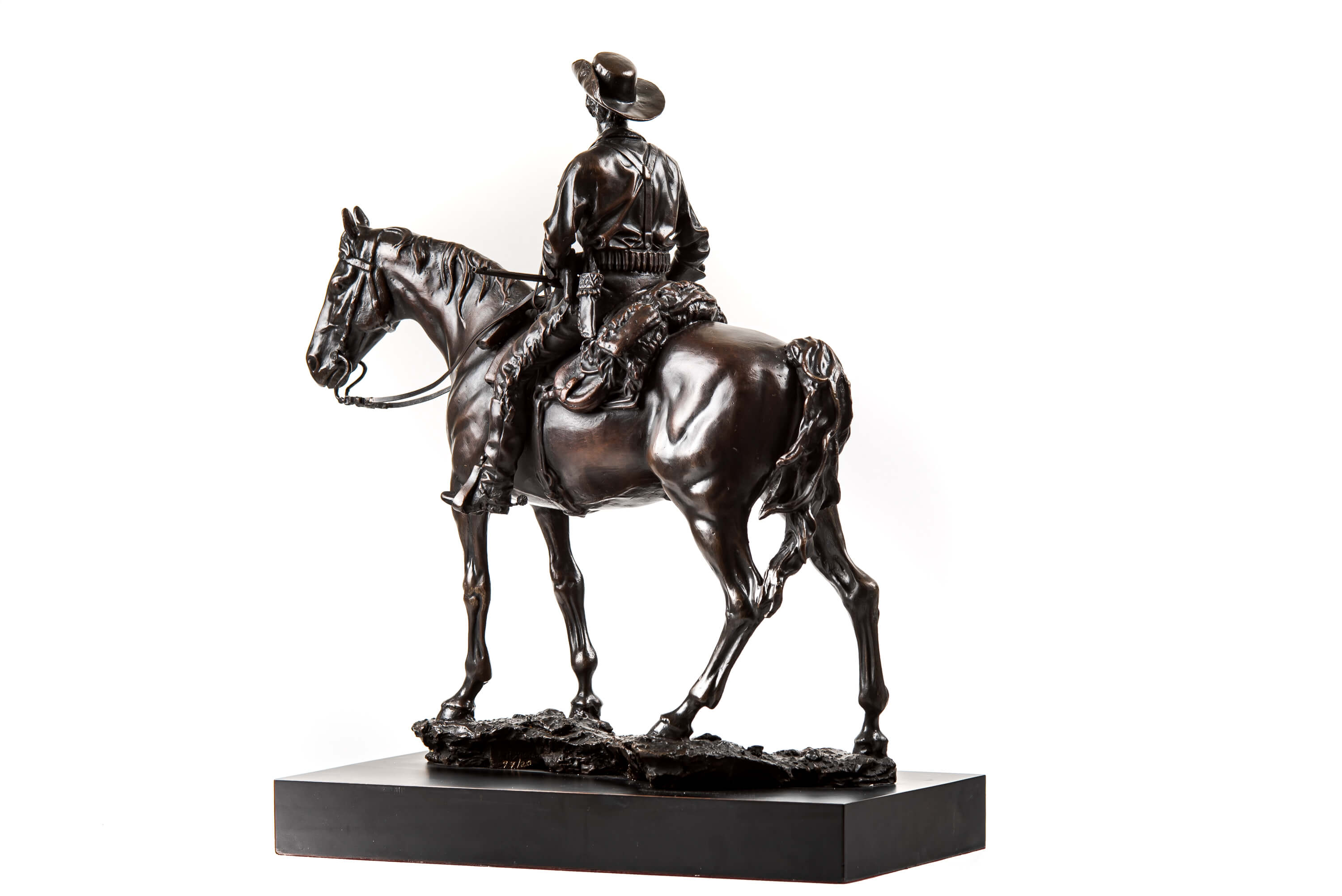 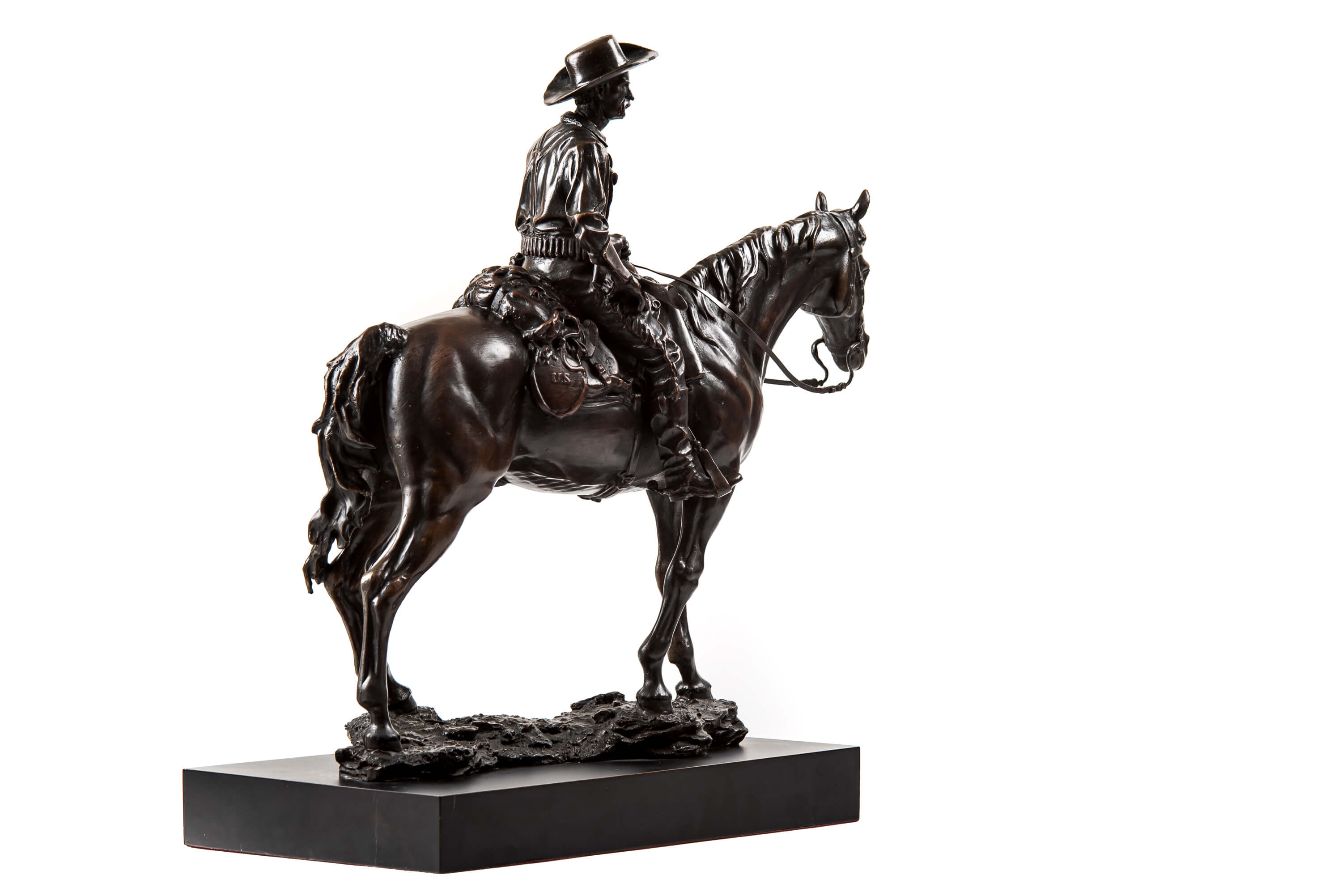 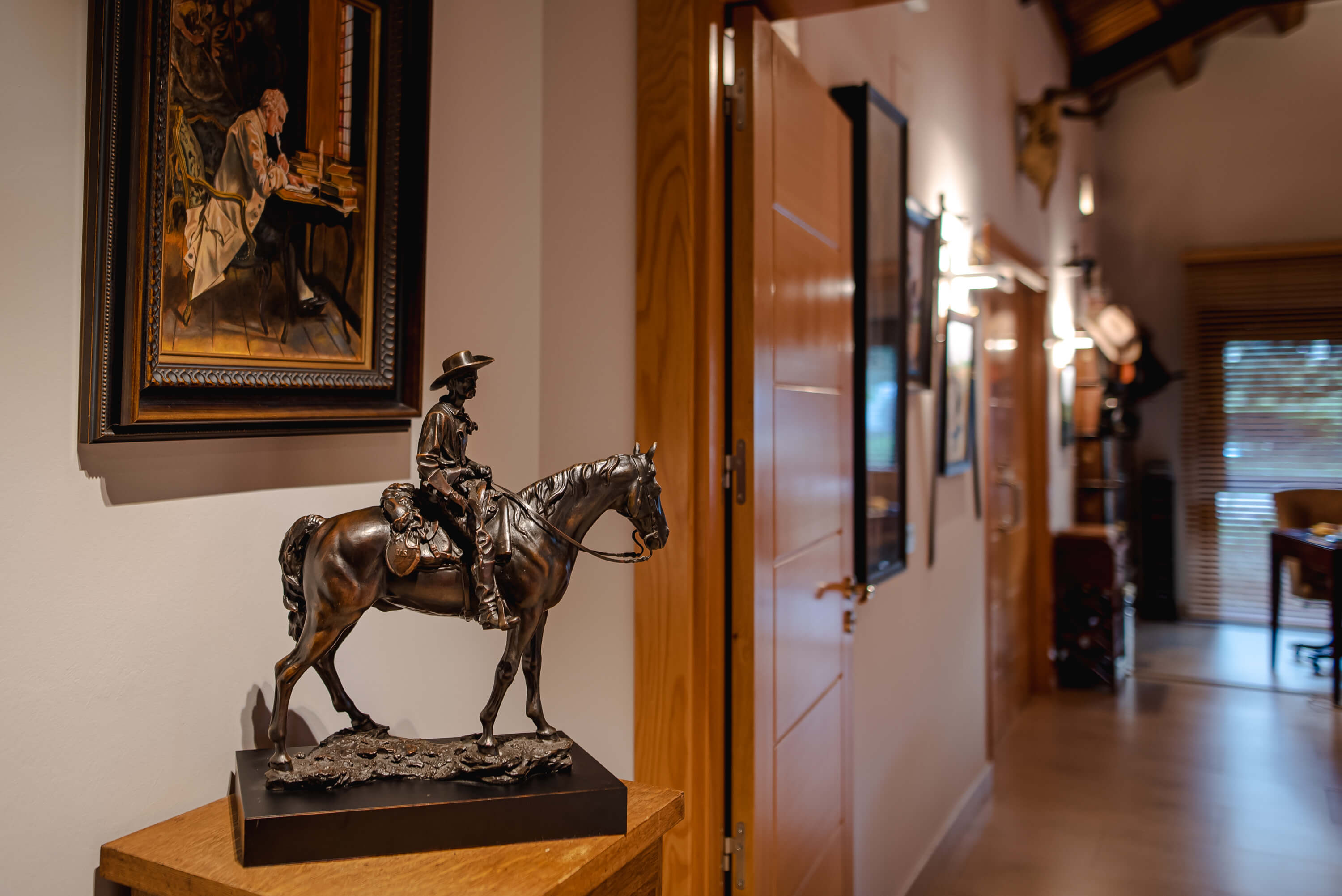 BRONZE-01
Son of the Morning Star

Instantly recognizable as one of the top Wild West personalities, George A. Custer's fame spread all throughout the world immediately upon his death, becoming an indispensable icon to popular culture. Controversial and heavily manipulated one way and then another, Custer’s figure has managed to survive as a solid romantic character amidst a myriad of pictorial and sculptural renditions that only rarely qualified as true fine art.

After the Civil War, Custer was dispatched to the west to fight in the Indian Wars. His disastrous final battle overshadowed his prior achievements. Custer and all the men with him were killed at the Battle of the Little Big Horn in 1876, fighting against a coalition of Native American tribes in a battle that has come to be popularly known in American history as "Custer's Last Stand." The battle, which occurred on June 25 and 26, 1876 near the Little Big Horn River in eastern Montana Territory, was the most prominent action of the Great Sioux War of 1876.

Now, for the first time since his death, General Custer has been depicted exactly as he appeared the last day of his life on June 25, 1876 by Fernando Andrea after many years of exhaustive research. Mounted on his faithful steed Vic, wearing his famous buckskins and arms with his signature weapons, correct in every detail even down to the Santa Anna spurs that he wore on that fatal day. All these details are present in this outstanding masterpiece work.
Height: 44 cm / 17.3 inch
Width: 19 cm / 7.5 inch
Depth: 42 cm / 16.5 inch
Weight: 11 kg / 24.3 lb.