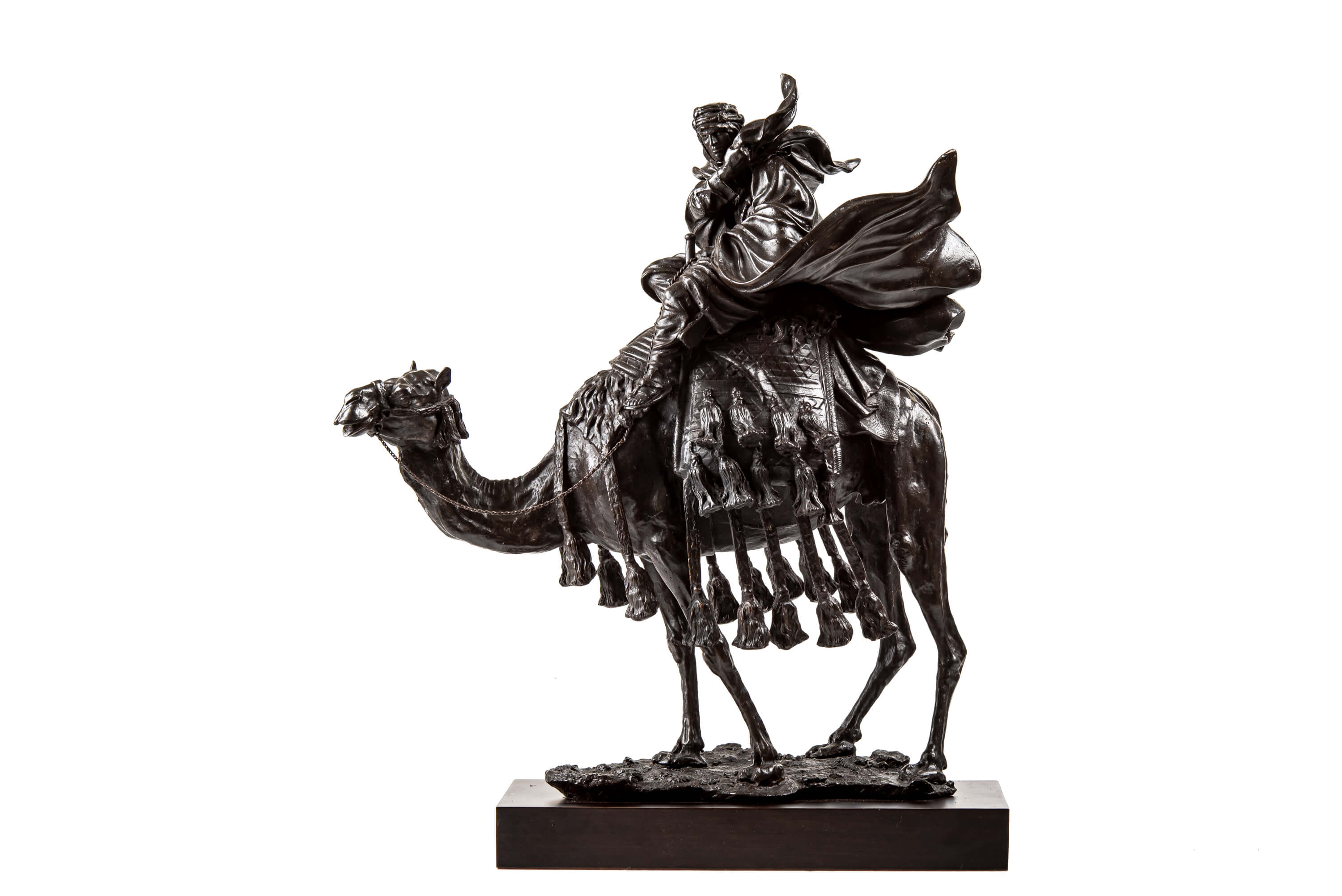 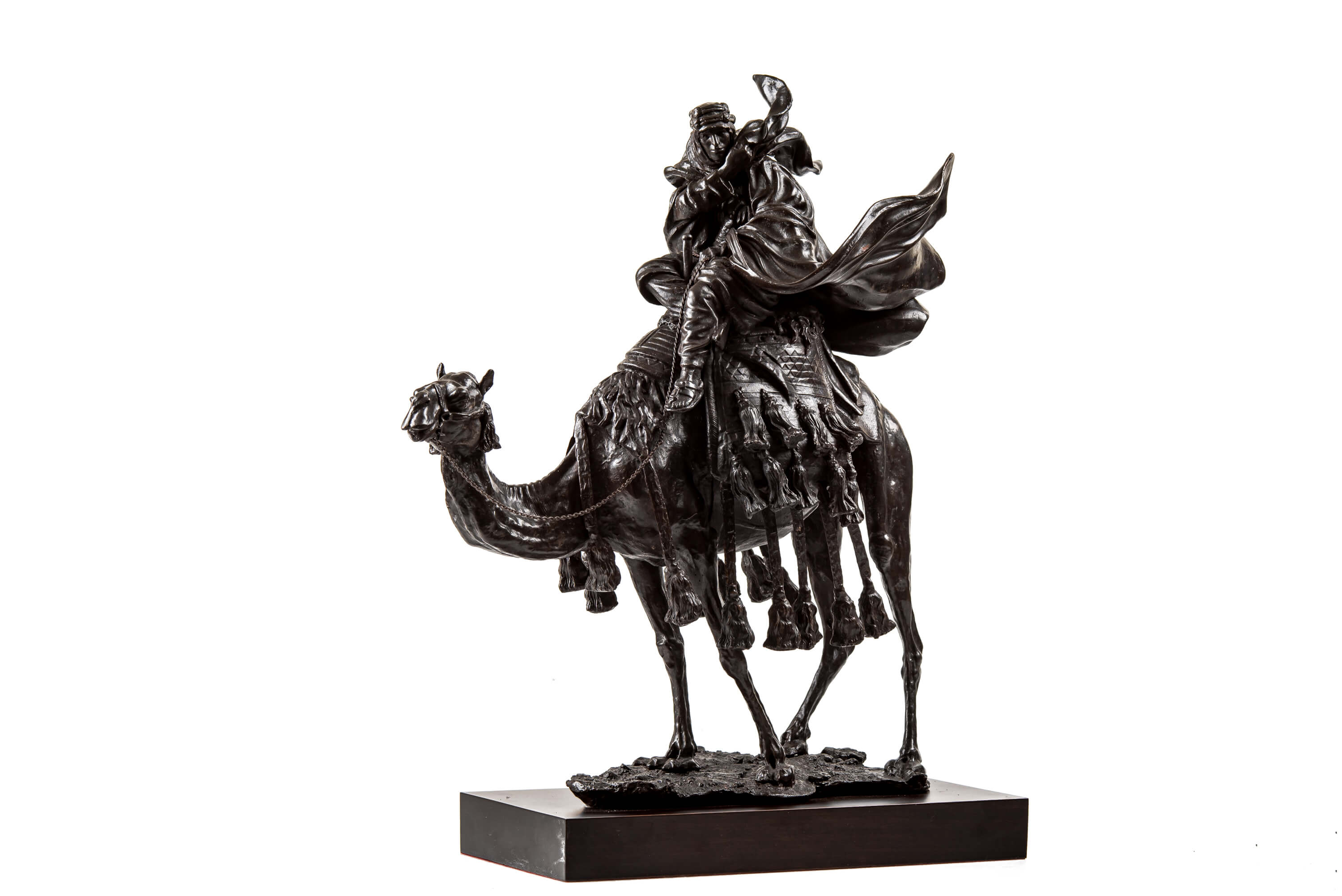 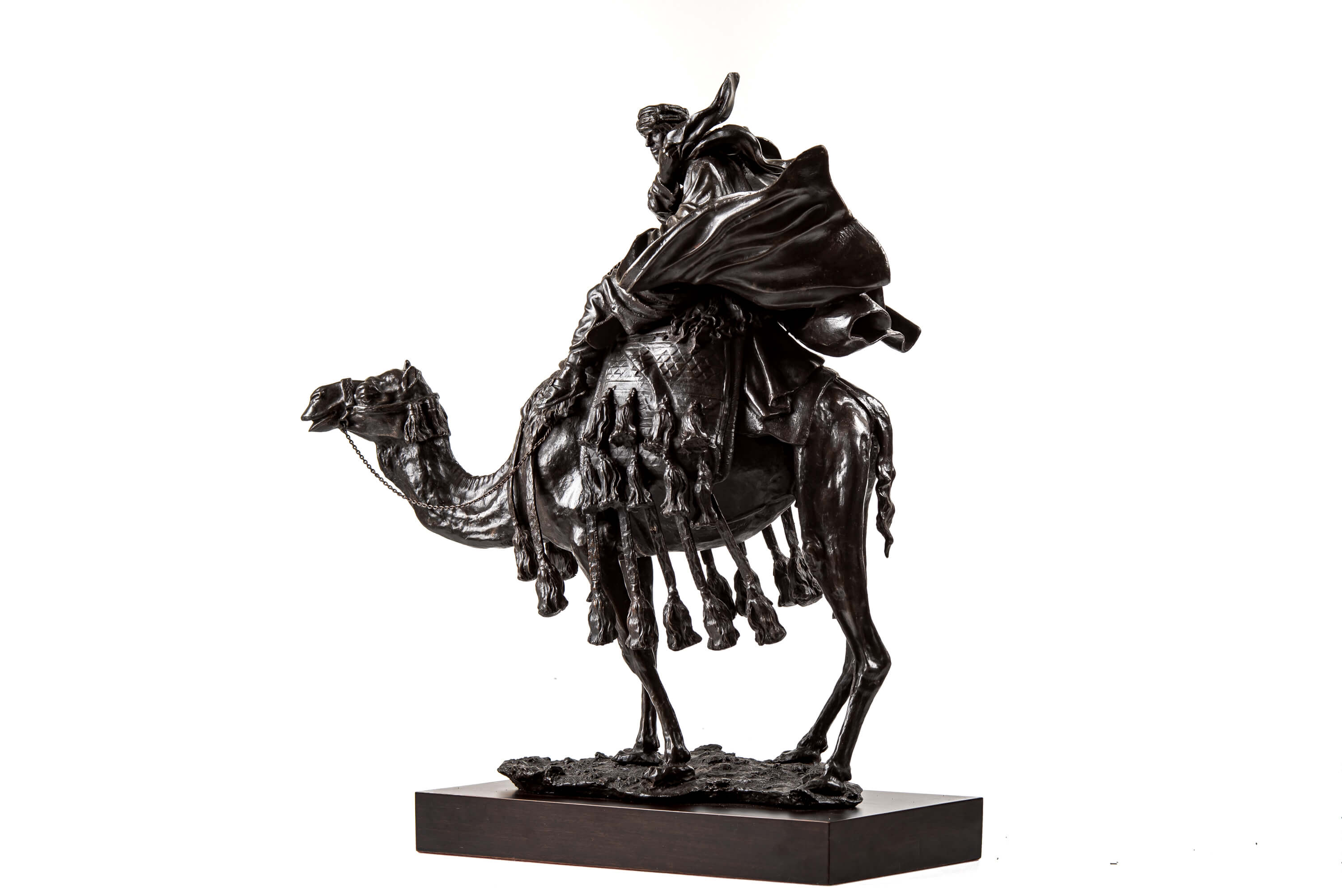 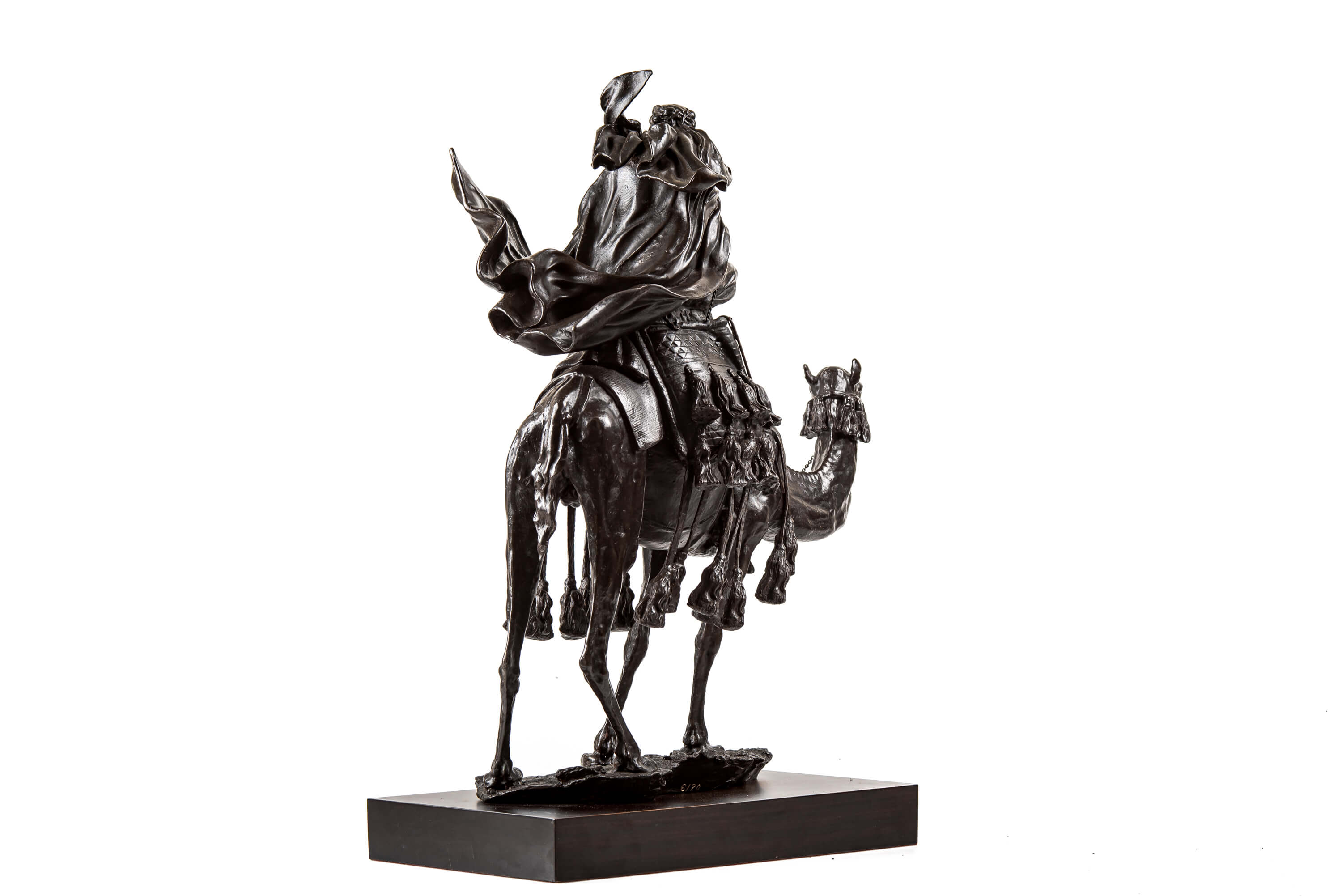 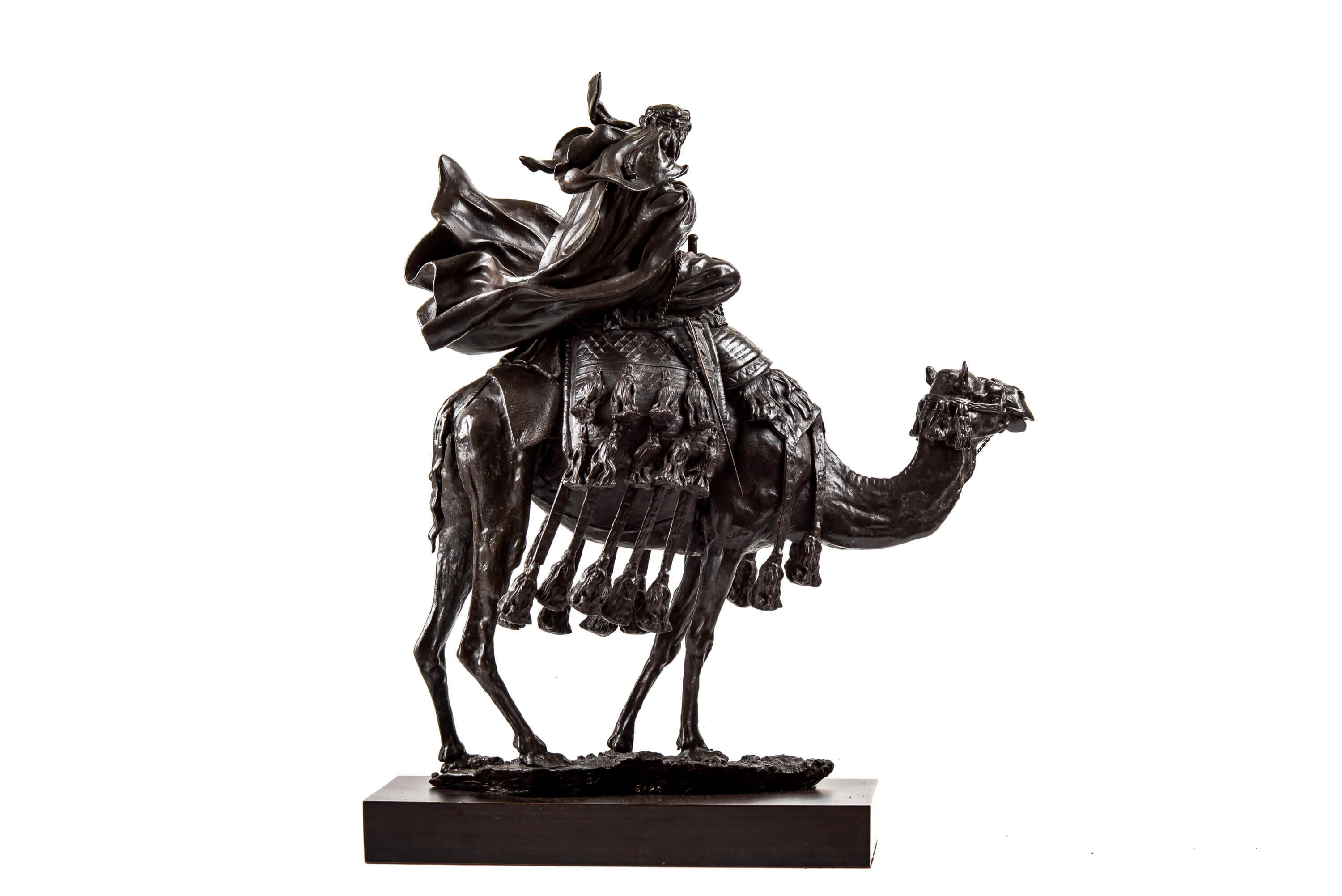 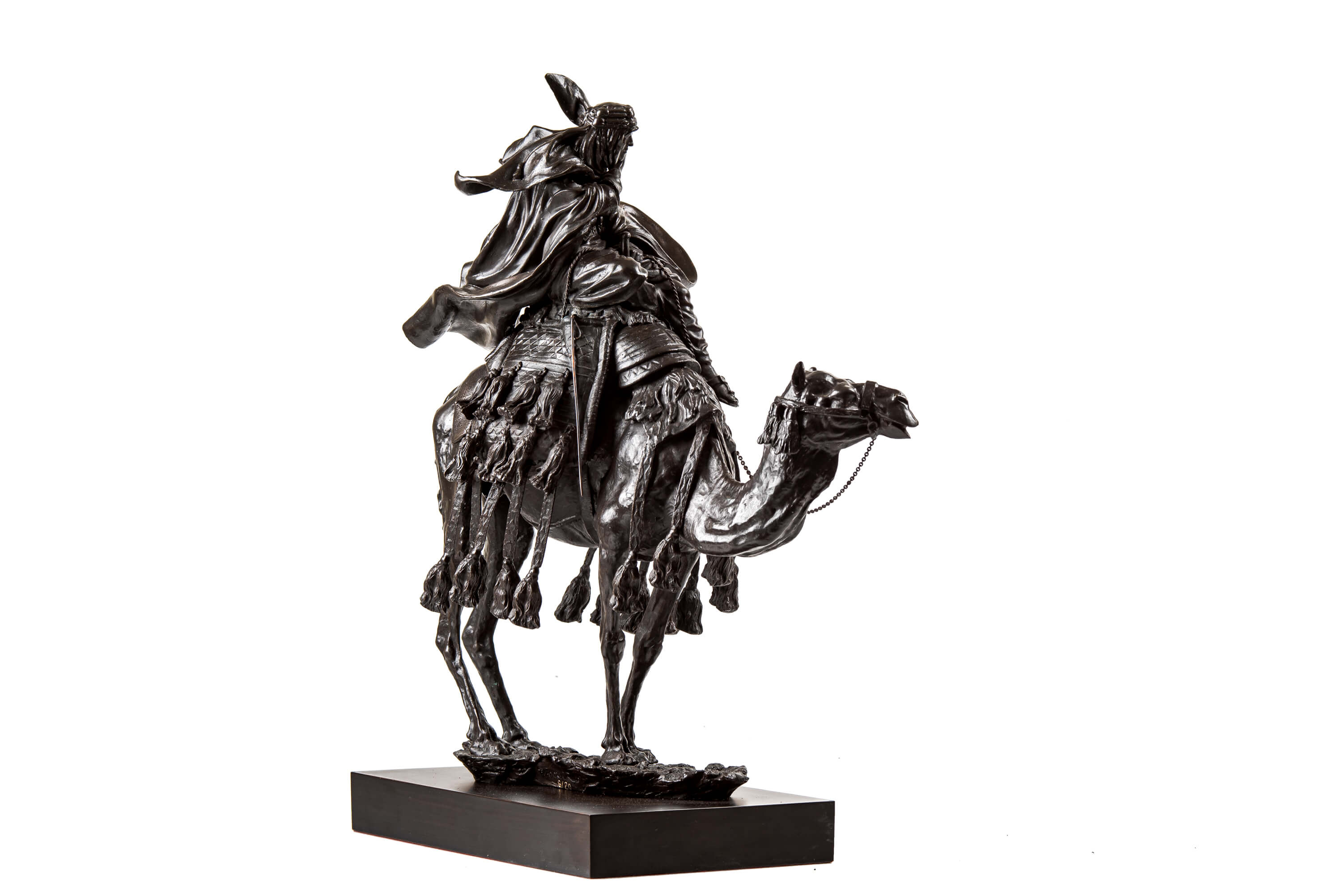 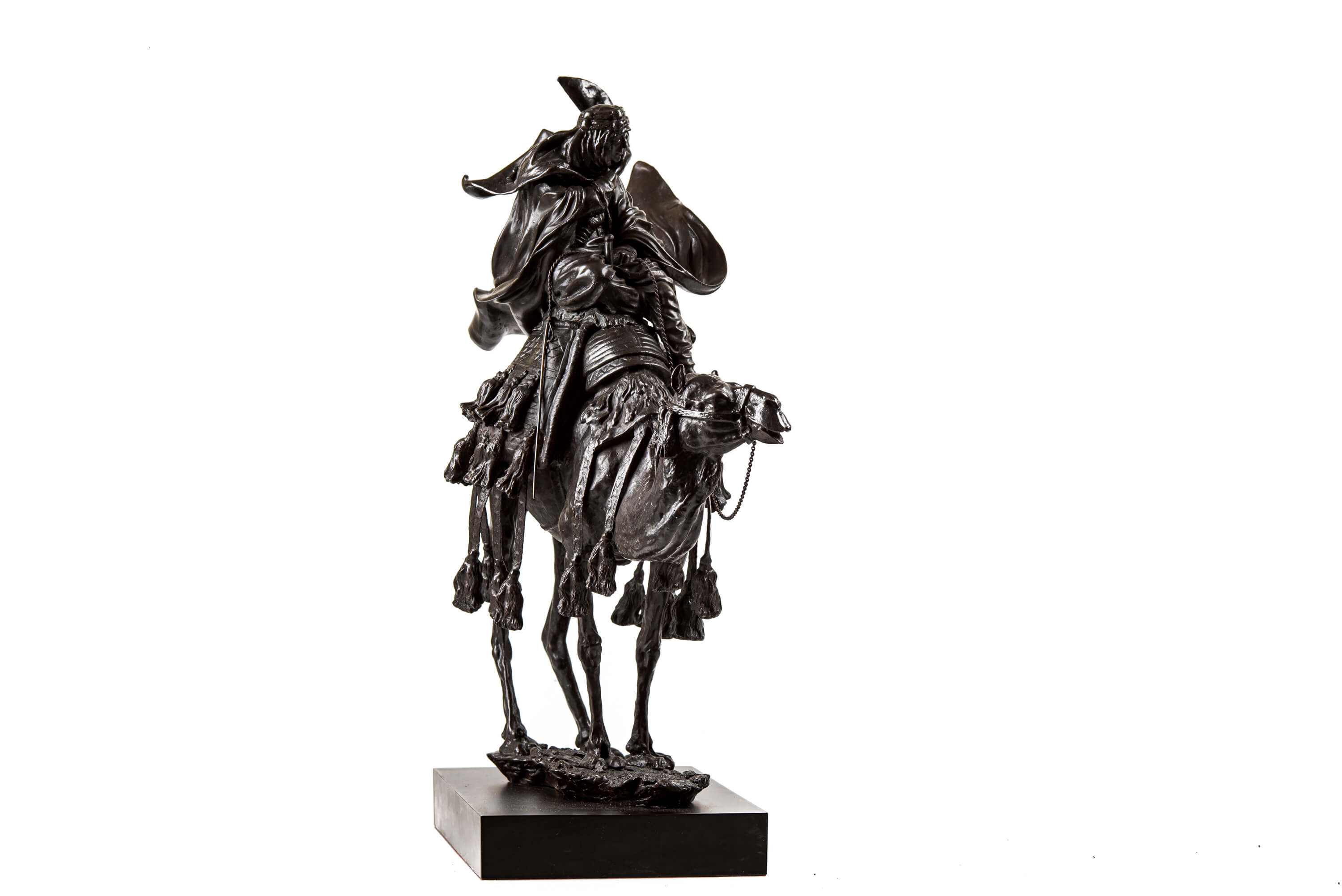 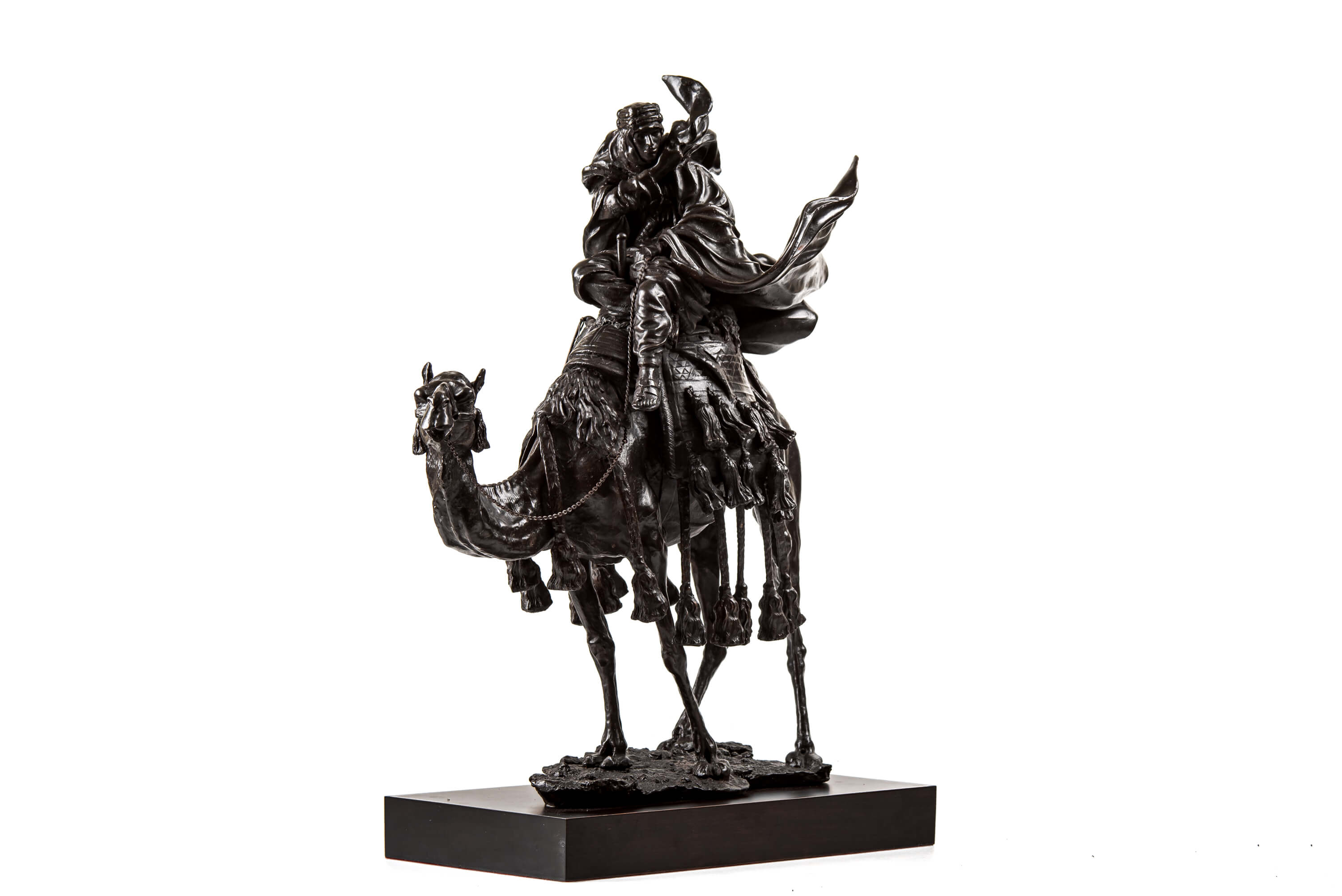 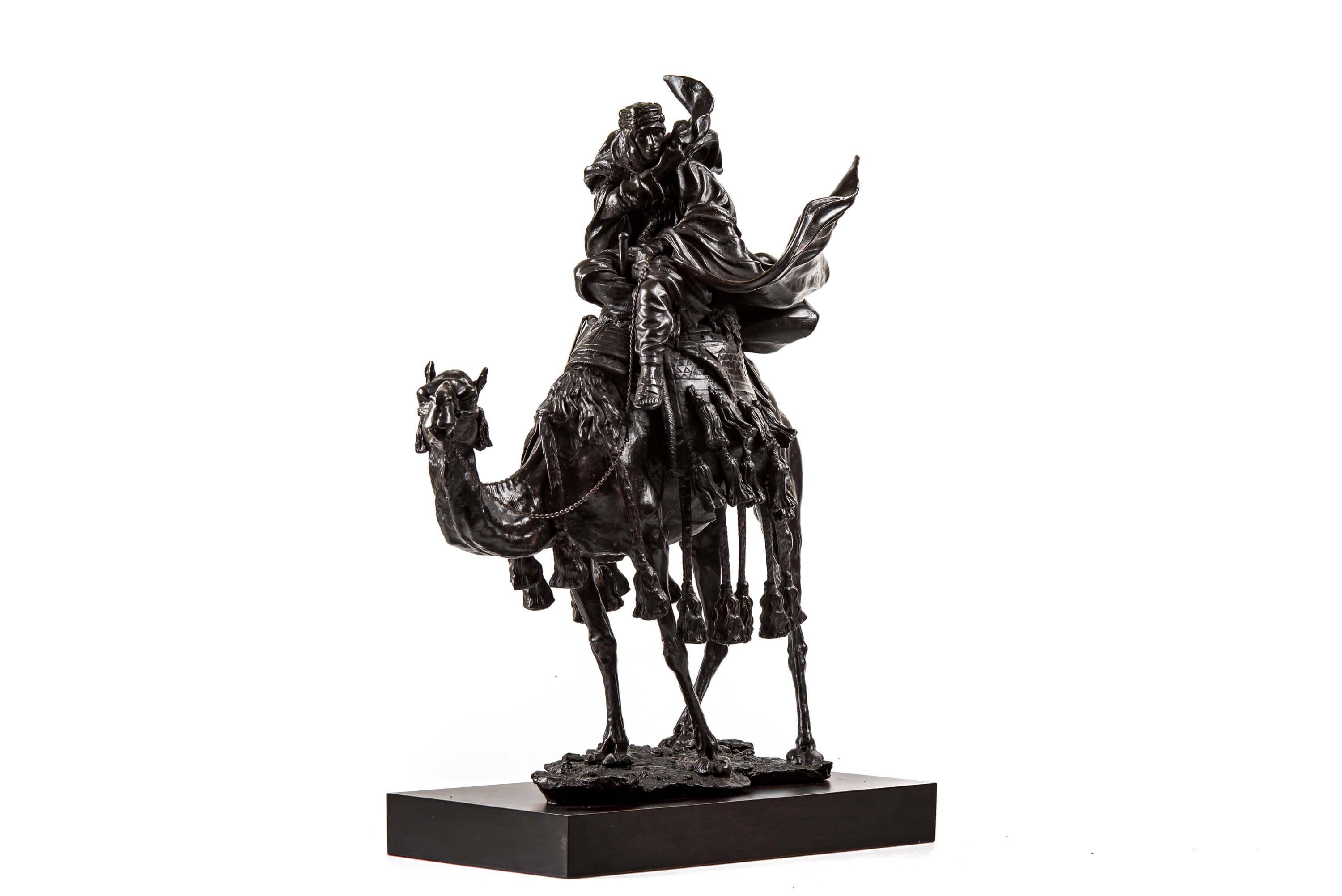 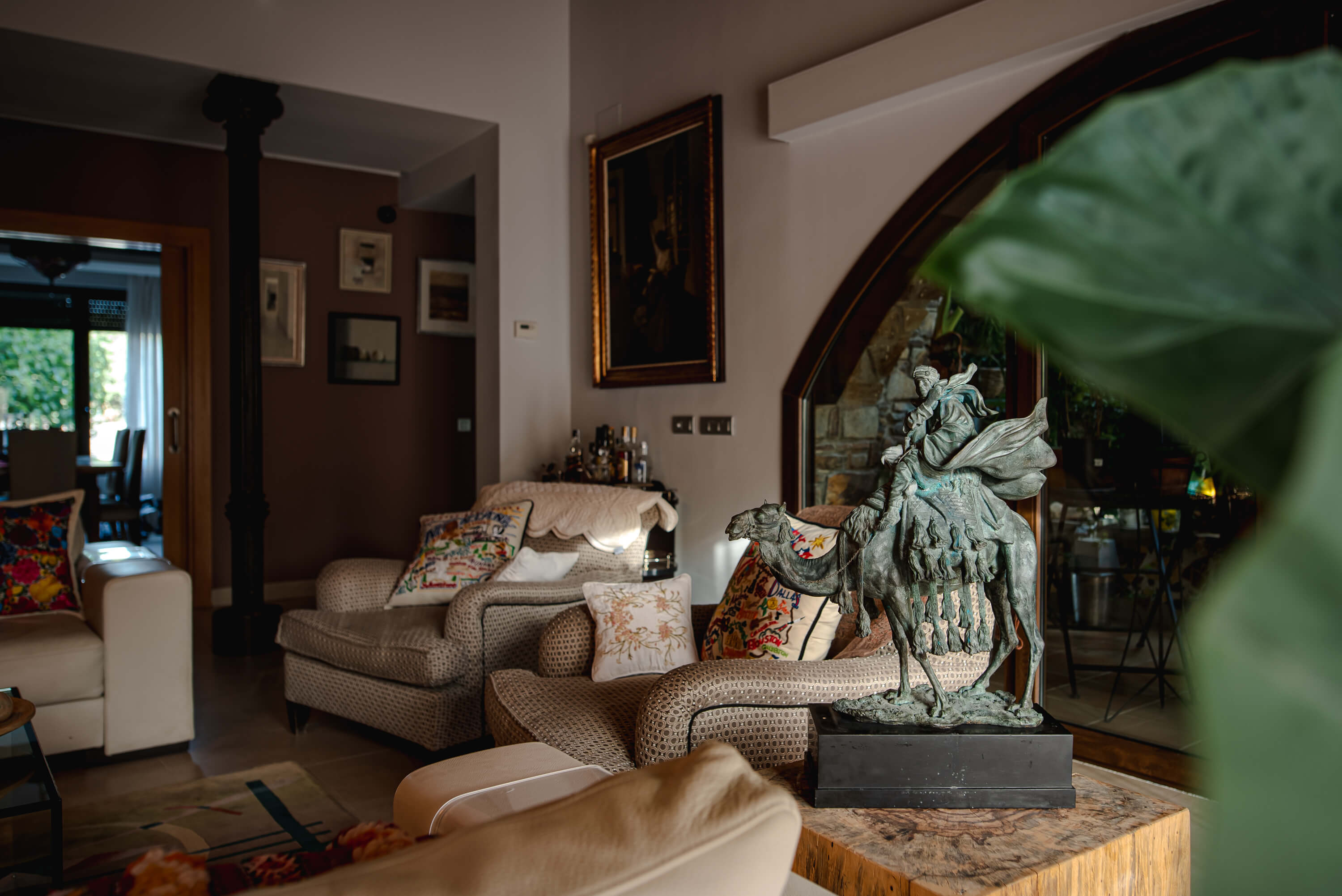 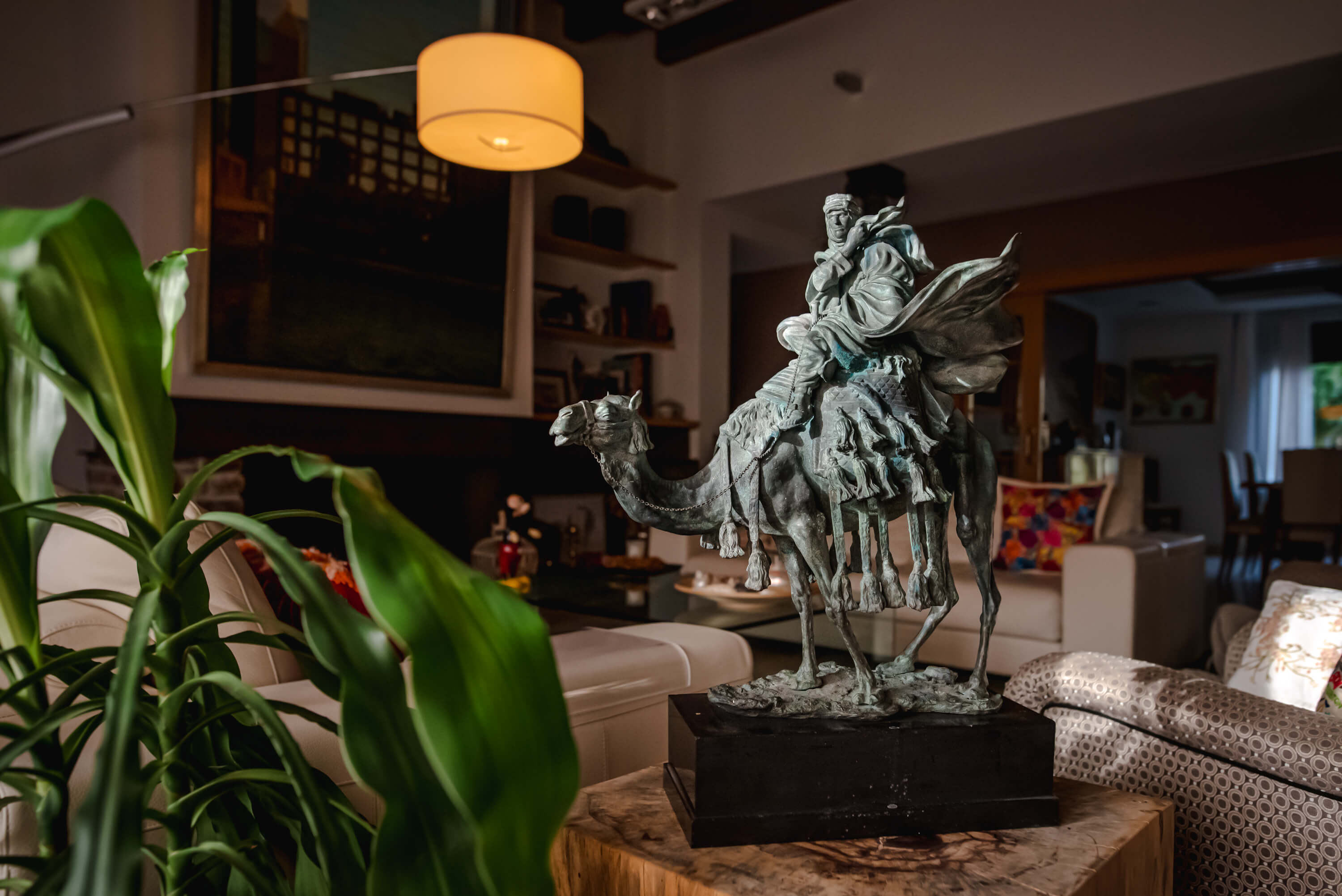 BRONZE-02
Lawrence of the Arabia

Augustus John, William Orpen and Eric Kennington. Lawrence was a willing sitter for their portraits, at times donning Arab robes and later in his life, his Royal Air Force uniform. Some of these portraits are now in the leading collections of English museums.

Since Lawrence's death in 1935, artists have continued to try and capture the character and essence of this fascinating individual.

He has been the subject of bronze busts, standing portrait figures, porcelain statues and toy soldiers.

The Spanish artist Fernando Andrea has created a realistic impression of Lawrence on campaign, wearing full Arab robes and mounted on his camel.

The sculpture portrays Lawrence wearing his Arab robes and dagger. His abayeh is flowing in the wind as he adjusts his keffiyah tightly around his face. His camel’s woven saddlebags are captured exactly. Numerous tassels are swaying, emphasizing a gentle movement.